The Man Who Went to Space and Disappeared -

https://www.vice.com/.../the-man-who-went-to-space-and-
disappeared-the-story-of-gr...
2 Jul 2016 - Thirty-five years ago, Granger Taylor left a note saying he was boarding an alien spaceship for an interstellar journey. He was never seen ...

I often select a 'free read' if I feel that I am drawn to the situation and in this case I was and more particularly if it is a Cold Case of many years dormant.   I have a huge belief that there is 'far more out there' then we are aware of therefore I am as curious as anyone else what Tarot has got to say on the 'odd' disappearances.  I thought I would indulge myself and anyone else with Tarot's thoughts on this man Granger who disappeared under very peculiar circumstances.  Bear in mind I am not about to give a PERSONAL OPINION on a case - I am just going to ask Tarot what Tarot thinks and that is what I will write down.  I hope always that Im 'listening' and get the messages properly but Im not infallible and I dont always get it all to the tee - but sometimes and more often then not - I DO!  So lets just leave a link about this guy above and I will just plough straight ahead and ask Tarot a question or two. I have not read this story fully or gone into the links, I just happened to see the outline of the story which I thought was pretty much intriguing.  So thank you to the person that brought up this case and Im happy to make this one a random free read. 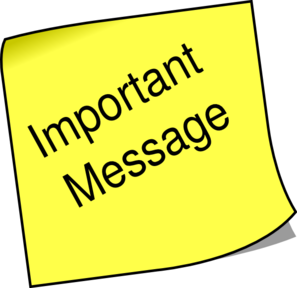 
As always,  I often have thoughts forming in my mind as I study the picture of the person Im enquiring for. What came to mind was a feeling that theres something 'fishy' going on. I have drawn a first card for Granger. I will let you know that  though in some respects he is considered missing you will see from the link and other links if you check out google that  Granger was also thought to be found. I have not gone deeply into all the detail. I like to leave that until after my findings.

Here is my first card for Granger. I dont think I 'willed' it - I just felt I was going to see something like this.   I feel there is a deception here that is rather large.   In fact it is VERY large because two people actually KNOW as they saw him. Thats right.  This is a SWORD card.  We cannot ignore that. It is going to show that on that day there was a plan of action there was also a disagreement or some kind of 'row' whereby someones opinion was stronger out of two people.  I think in all there are THREE people and Granger MIGHT have been one of them. This card though....really?  There is a true sneaky feeling about it and even POSSIBLY an abduction element. Not sure how likely that is if this man was considered to be quite a large guy. Even if a person is quiet or even shy they are not going to get abducted easily are they?   trouble is there might have been a gun here or something sharp , perhaps a knife or some kind of cutting instrument???

Though in the card we get impressions that the person has sneaked off on foot - it is a 7 and it can/could link to the major Chariot and that is a vehicle as it happens.  A moving vehicle too. A vehicle that is near to a house or home because it has a cancer element and there is also a FENCE and a field. Lets just leave that loosely there .

There are some elements here linking to drugs/Virgo health matters. I think this guy has had an argument or some kind of altercation ABOUT health/drugs possibly. I dont feel he has 'disappeared in a spaceship' PLEASE!!!!!  and I am not adverse to considering many odd and wonderful things BUT THIS GUY DID NOT DISAPPEAR LIKE THAT - sorry about that.  This guy disappeared through a BAD way.  He might even have been disposed of.  No suicide here that I can see, not convinced of that one.   No, this is down to other people and some dirty old deed that they have done.

I note that there is some talk about drugs with Granger. I think that is quite possible and yes its also possible he could have been 'out of it ' on occasions - drugs figure so why argue about that VIRGO is definitely pointing out that possibility for sure.   I feel like something was moved. I dont know whether something happened to him and he was moved or whether it was a vehicle and THAT was moved but something WAS.   Definitely some sneaky goings on - no aliens here. Its a rotten deed by a couple of members of mankind more like.

You see somebody WANTED SOMETHING.   He had something THEY wanted.  They wanted either his STUFF or his possessions or something worth something.  Thats it. Thats what it looks like to me.    This guy liked to spend time alone - wasnt keen on distractions at times either.   There appears to be a dishonest dealing here - and basically possible CRIMINAL INTENT - someone has tried to steal something or there is just what I would call a 'dodgy deal'.   Im also seeing delays, postponements and cancellations to something.   Maybe even some plans that might have been made.

Regardless - this is not a good card. It does not reflect the 'fantasy story' put up by those who want to say this guy disappeared in a spaceship or otherwise. I dont think so. Thats what Tarot is putting out to me.    He had a neurological condition, something wrong with his back and nervous system and suffered also possibly from insomnia or had some deep depression going on or lots of concerns No idea if they were shared or not but I would have said something going on for the best part of a year.  Perhaps.   Theres also a possibility of some spying or some kind of interference or delving into situations that were best left alone - maybe.    I dont know if I should say that was to do with scientific matters or whether it was something drug related.  It is not actually a main consequence  now because of the time that has elapsed. But THIS IS BAD DOINGS HERE.

Usually in a missing persons case I bring up three cards - one looking at the possibilities of what might have occurred, one that might give a location idea (though all three do ultimately) and lastly when a person will be found.

I dont think I need to pull the next two cards (unless I am asked as this is a brief overview).   This sword card is not great. It shows a separation and rupture in the disappearance of this guy and it distinctly shows dishonesty, lies, deception and obviously a couple of people who just are prepared to gloss the truth - for their own gain.

I think thats enough said.   Sometimes there are not very nice people around us.  Granger had people around him who were greedy and saw a way to capitalise - maybe thats what they did.

Not much more to say on this but NO ALIENS or SPACESHIPS are flying around with this guy aboard. Thats what Tarot tells me unless I am totally wrong. Who knows?